As Christianity expanded across the Vättern region, a lady-in-waiting of the royal household of King Magnus Eriksson and his wife Blanche of Namur, began to experience visions of a new monastic order at Vadstena.

The household used the impressive red brick palace built in 1260 on the shores of the lake as its summer residence. When, in 1346, the King decided to bequeath it to the Church as a place for royal burials with an adjoining monastery, the visions of Birgitta Birgerstotter were realised and Vadstena became the Mother Monastery of the Birgittine Order of monks and nuns. 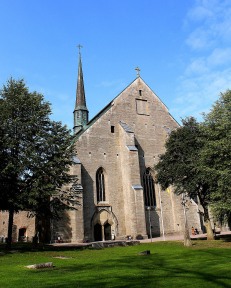 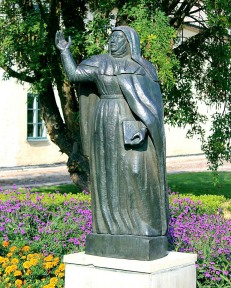 Birgitta did not live to see the abbey and church completed but a cult had established itself around her and she was canonised. In 1430 the church was consecrated under the watchful eyes of one of Birgitta’s daughters, Catherine, who also installed her mother’s relics in a shrine to be joined later by her own.

The order of monks and nuns, living separately, remained at the abbey until the Reformation when the last nuns were expelled in 1595. It is now a pilgrimage site and in the summer is visited daily by around 3,000 people, some of whom stay in the hostel in the former kitchens of the palace building.

Birgitta is venerated as St Bridget of Sweden, although some critics are less than complementary about her methods, and possible, madness. 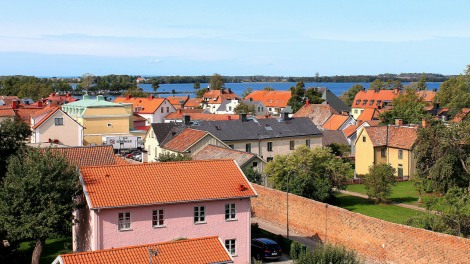 Vadstena is a legacy of both Church and state power. Its castle is considered one of the finest early-Renaissance buildings in Scandinavia. It was begun in 1545 on the order of King Gustav Vasa and was provided with intimidating defences in the form of gun turrets which housed the newly available cannon weaponry, ramparts and moats.

The castle never played a significant role in defending Sweden and, surprisingly, enjoyed even less favour as a royal residence. In the 17th century it served as a garrison and depot for the Swedish Army and later became a granary and mill. It fell into disrepair and was left to decay. 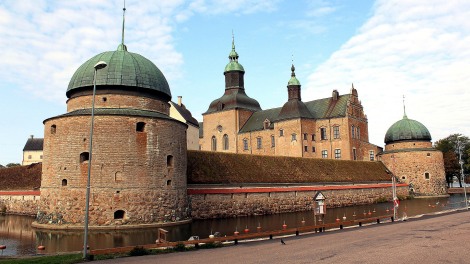 Huge quantities of its stone ramparts were pilfered for the building of Vadstena’s theatre and harbour and quays in the mid-19th century. During the 1930s interest in the castle peaked and public tours were requested.

By the outbreak of WWII, a decision had been taken to rebuild the ramparts but these plans were put on hold and only eventually completed in 1999. It is now fully open to the public and has a lively summer programme of opera and Shakespeare in the open air. 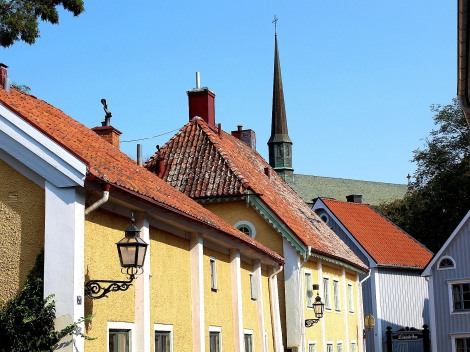 Vadstena today is a gorgeous town of prettily painted houses, covered with roses and bumping into each other along cobbled streets. Independent shops of traders and craftwork sit between pastry shops and fish restaurants. A year-round calendar of seasonal celebrations and community events keeps it bustling.

We chatted with a lively Octogenarian in the garden of her freshly-painted pink and white house, whilst the painter packed away the brushes and rollers. It was last painted in 1976 and has only required repainting in recent years. 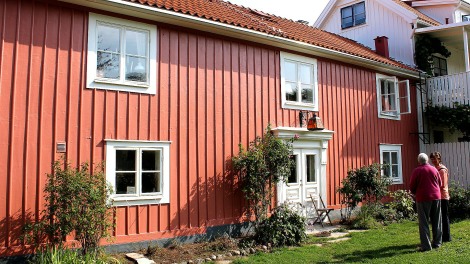 The colour choice is the owners’ own and there is no restriction by authorities on the palette. Unlike the woodwork at our own house, subject to the salty winds of the South Coast and needing attention every three years, the wooden houses at Lake Vättern can last half a lifetime on one painting!

At Gränna, further south, we marched up the steep slope from the lake’s shoreline up to the jaunty main street, Brahegarten. Sporting colourfully painted houses, hairdressers, hotels and a bewildering number of sweet shops. 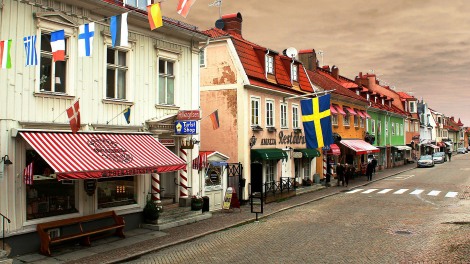 ‘Polkagrisar’ striped candy canes in different colours and flavours have been made in the town since 1859.

Their invention was by a mother and widow, Amalia Eriksson, who created the original peppermint and sugary sweet as a medicine for her children. Her idea took off and became an industry, making the town wealthy and famous.

Even today, shops and businesses not of the sticky and sweet kind carry some reference to her name or the names and flavours of the candy. We recognised the sugary treats as sticks of rock. 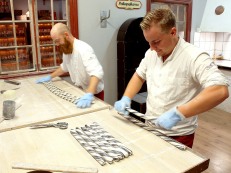 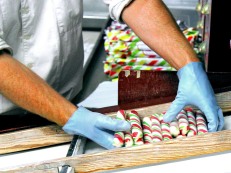 Sticks of rock for sale

At Polkapojkarna, the largest concern of 13 shops, we chatted with two cheerful confectioner chaps. They have been boiling up, kneading and hand rolling dough for the candy for 27 years between them and are enthusiastic about their job of gratifying sweet tooths and showing visitors their craft.

Towering over the escarpment that shelters the town, the ruined Brahehus, built for Gränna’s founder Count Per Brahe, dominates the skyline. It was destroyed by a fire in 1708 and although referred to as a ‘castle’ seems to bear more of an industrial look. On a cloudy morning it was melancholic. 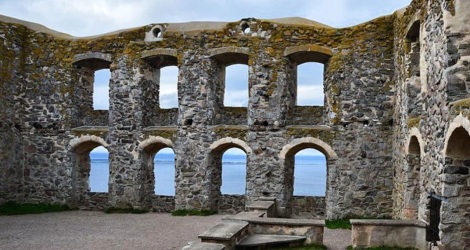 Above us in the skies, flocks of migratory birds swirled in noisy patterns calling to each other and perfecting the group flight techniques that would see them safely to their southern destinations.

The two lakes of the region, Vättern and Takern as welcome huge numbers of geese, ducks and smaller birds assemble and feed on their nutrient rich waters. Takern is known as the ‘Lake of Birds’ as apparently 65,000 birds were counted in one single season. 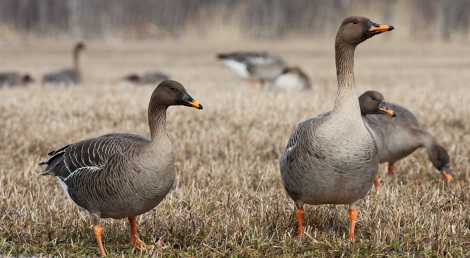 We enjoyed our first sight of lean brown Bean Geese arriving from the forests and tundras of Russia and Finland.

Along the roadside populous flocks of bitterns emerged shimmering upwards from the cut fields of wheat to gather, dive and disappear again down amongst the broken stalks. 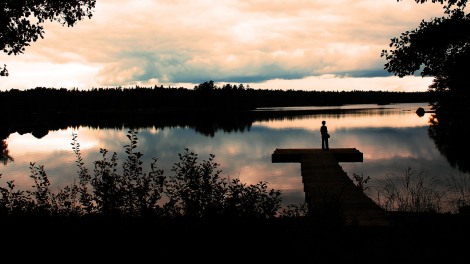 Staying alongside the lake

As at Lake Plateliai in Lithuania, we marvelled at the inherent courage of the birds of all sizes which follow a primordial instinct to travel great distances to breed and survive.

In this stirring corner of Sweden, the birds’ epic quest seems at one with the landscape.

Loo with a beautiful view 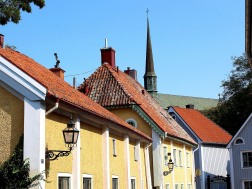 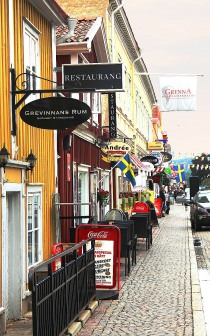 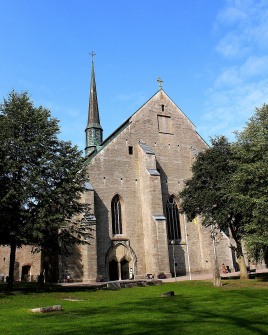 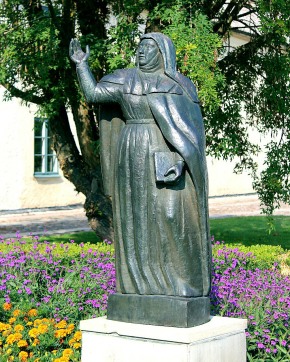 Sticks of rock for sale

Staying alongside the lake